In a fascinating conversation on edge.org, provacatively titled “Infinite Stupidity”, Mark Pagel makes an engaging case that humans default behaviour is to copy rather than innovate. We would rather use what already exists, than develop new solutions, because as social animals, we also socially learn together, feeding off ideas presented by others rather than consistently cultivating our own. Over time, and with the constant advancement of technology, we are more able than ever to indulge this inherent desire, as new solutions are developed, meeting a lot of our wants and desires, and reducing the need for us to go and create our own solution. There is no implicit accusation in this argument that humans are not curious, and that we may think about or discuss new options all the time, but taking that step from thought to action, and actually innovating, is where, as a species, we fall down. This leads the author to the conclusion that the Internet is the ultimate enabler for this behaviour. Because so much knowledge is at our fingertips, more than ever before, we can rest on our laurels, and assume that someone else is working on any problem we may encounter.

Personally when reading this article, I was with the author right up to this final conclusion, that the Internet, is in effect, making us dumber and more complacent copiers. It seems very apparent to me that the modern man and woman does not need to innovate to survive, or even prosper. We live in a world where almost every convenience is on offer, with the promise of ever more advancements just around the corner, and although we may often use a device, or engage in a process, where we think we could come up with something better, there is very little need to do actually follow through with it’s development. However there is one distinct premise in his argument doesn’t ring true with the infinite stupidity conclusion.

As I read before in James Gleick’s wonderful book, The Information: A History, a Theory, a Flood , ideas and memes operate in an evolutionary battle of natural selection just like genes (see also The Selfish Gene by Richard Dawkins for the definitive text on memes). Ideas are fighting for our attention. They pit themselves against competing ideas, and the winner is the one that gets passed on to someone else. Every time you share a link, re-tweet or recount an idea to a friend, it’s interesting to consider the part you a playing in the evolutionary process of ideas. That idea has just won one, of possibly millions of discretionary battles, that are necessary to become a idea that is put in to practice, and to perhaps change the world in some small or large way. Mark Pagel grasps on to this, critically emphasizing that ideas mutate along the way, just like gene’s. He makes it clear that it is this mutation, and the very randomness of our innovation, that is critical to it’s evolution. As social learners, we churn out millions of ideas in to the wilderness, where our fellow man takes that idea, mutates or changes the context and passes it on. Ninety-nine percent of these ideas fizzle out quickly, but some of those mutations become fully fledged concepts that ignite into reality. However, with the advent of the Internet era we have become exceptionally good at retrieving information, vastly diminishing our need to be creative. It feels like all the answers are at our fingertips, and where ideas spread like wildfire on a global scale in a short space of time.  Because there are so many of them available at any one time, we are less inclined to produce our own, hence we spend most of our time consuming and copying, redistributing and re-purposing.

Here is where the argument falls flat. I see the Internet more like a petri dish for innovation. It’s a place where ideas percolate, divide, flare, fizzle, attack and die away, leaving behind only the strong and durable for the next innovator to build upon. Rather than shut down what little innovation there was, I see the Internet as throwing open the doors of innovation. It is the most random and generative environment ever created by man, with such a low barrier to entry that anyone can throw out an idea, and go viral, through no more than digital word of mouth.

Ideas build upon ideas in digital time, the evolutionary iterative process of concept > test > mutate > test etc. has moved in to digital speeds. Where once innovation and idea development seemed like the endeavour of those gifted few, who through a mixture of genetic predisposition, socio-economic situation, and luck, could create something that impacted the world. Since the Internet has blossomed, it feels like anyone with enough drive, a computer and an Internet connection, can set forth a chain of events that is global in scale and impact. Yes we are copiers, and yes we are expert information retrievers, but for me that is an innovation positive not negative. All ideas are built on the foundation of others, so the more ideas we are exposed to, the greater the chance of that random trigger igniting in our brains, that could lead to the next evolutionary step for that idea. Whether that idea be for the next note taking app for the iPad or a lower cost MRI scanner, each idea is so much more available, and ready to mutate.

Going back to the Lean methodology again (which I do admit to being a little obsessed with at the moment), the very process of getting a minimal viable product (MVP) out in the world and then iterating to find your customer base, even to the point of pivoting away from your original idea, is the very essence of idea mutation encapsulated. The idea is only the beginning, the iterative process is the true innovation, and the global online community will quickly show you whether the idea has long-term merit.

In the pre-Web era, it seemed that economics drove innovative success as much as the idea itself. Simply having the resources to get a physical product in to the hands of users was a large part of the battle, and users were thus restricted in their ability to give feedback, or innovate on top of that idea, through lack of resources or an effective rapid response system. Now that barrier is lower. There is still a barrier, no doubt, you need some technical expertise, but the playing field is leveling all the time. Now we have a situation where users are truly engaging with product manufacturers and service providers. The execution of that idea, and it’s rapid evolution is now the driving force for success. If it can it withstand the attacks from countless copies and mutations that will spring up around a succesful idea, then it is an idea worthy of success. I believe that this is why there is such a focus on interaction design and usability for new products. The competition is fierce and forever evolving, and it is that extra bit of attention spent during implementation, that can help keep your nose ahead, and your users coming back for more.

The Internet is not highlighting our infinite stupidity, but instead setting free our infinite creativity. By harnessing the very nature of humans to learn socially, and to copy, the Internet is providing an environment in which we learn quickly, but also discover, mutate, transmit and re-purpose ideas, speeding up that evolutionary process, and driving innovation. 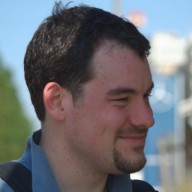